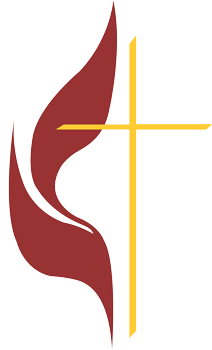 Turpin’s Chapel, the previous name for Maple Grove United Methodist Church, was named after Captain John H. Turpin—whose home was located near the present site of Maple Grove UMC. Prior to joining the 62nd North Carolina Infantry Regiment, where he served until his capture at the Battle of Cumberland Gap, Captain Turpin purchased his land from the Hyatt brothers, whose father had settled the land in 1785. In 1865, upon his return to Haywood County, Captain Turpin decided that the community needed a church and donated the land for an interdenominational church—to be called Turpin’s Chapel—which would also house a school during the week.

Turpin’s Chapel Cemetery was also established and holds the current designation as the oldest church-affiliated cemetery in Haywood County.  It is also listed on the National Register of Historic Places with the assignment of an individual archaeological site number by the North Carolina Office of Archaeology.

In 1910, after months of construction, a new church was dedicated on land owned by James L. Queen and was christened Maple Grove Church. By 1936 Maple Grove had grown to a membership of 72—with a Sunday School enrollment of 105. In 1931 the ladies of the church organized the first Women’s Missionary Society.

The year 1937 saw tragedy strike Maple Grove with the burning of the little white church. The site of the fire was cleared and construction began on what is the current brick church, completed in 1938, at a cost of $8,200.  Maple Grove changed little until 1964 when an educational/fellowship building was completed. The front entrance of the church underwent extensive renovation in 1980, with the handicap-access ramp added and dedicated to the 120th Homecoming Celebration in 1985. In 1993 the Fellowship Hall became a meeting site for several local chapters of Alcoholics Anonymous and Gamblers Anonymous and remains so today for Alcoholics Anonymous.

In 1995 the church steeple, originally planned for completion in 1940, was finally erected and was dedicated to the 130th Anniversary celebration. During the same year, Flora Turpin Webb, granddaughter of Captain Turpin, passed away and bequeathed a substantial monetary gift to the church for the perpetual maintenance and upkeep of the old cemetery and the church grounds, allowing extensive new landscaping projects to be completed.

In 2004 the Maple Grove/Elizabeth Chapel charge purchased a new parsonage for their pastor and family. With continued upgrading and remodeling, and a 2005 “Church of Excellence” recognition from the Western North Carolina Conference, Maple Grove celebrated her 140th Anniversary.

Maple Grove is excited to celebrate her 156th anniversary in the current year 2021!

As a small, historic country church, we continue our commitment to serving God, community, and each other while sharing God’s joy, peace, and love with all who enter our inviting doors! 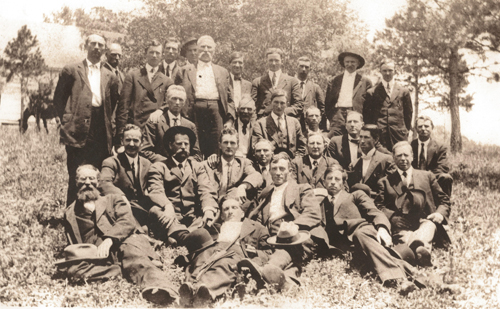 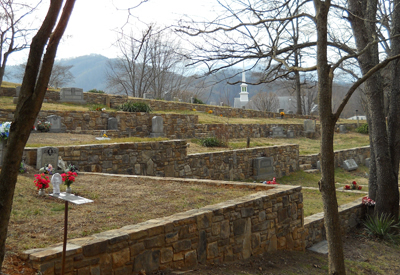 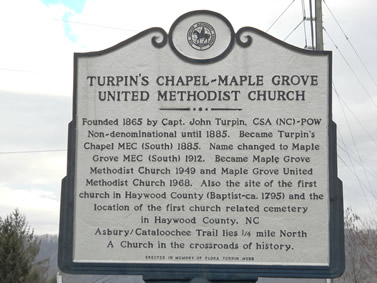